TeNF as an organisation have been working on a yearlong program promoting telegnana weavers across UK sourcing directly from the handloom weavers families .As a goodwill gesture the weavers of Sircilla town of Telangana state which is famous for hand woven fabrics ,with great patriotism have woven a giant Indian national flag .

This flag is the biggest Indian flag ever unveiled outside India.(woven according to the code of the national flag ) TeNF had the honour of presenting a very special memento on behalf of Telangana weavers, the national flag spanning 51.2 meters (167.11 ft) with a width of 1.3 meters (4.3ft) .The flag was unveiled by Hon.High Commissioner Y.K Sinha along with thousands of individuals present . 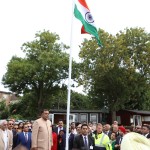 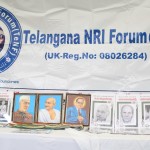 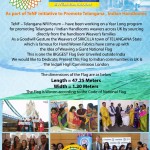 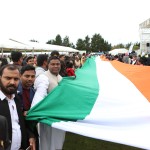 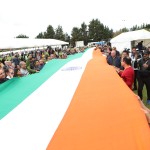 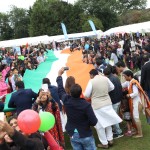 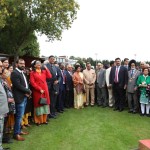 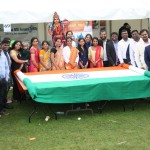 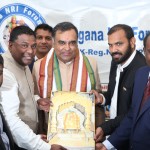 Thousands of Indian community members converged from all parts of UK to make this day a great success. Community organisations put up nearly 80 stalls offering various regions cuisines of India and put up a rich display of cultural programmes showcasing the cultural heritage of India. TeNF in its third consecutive year represented Telengana state, and this year with a new spirit and enthusiasm set up a stall to promote telengana, its culture and traditions.

Our authentic Telangana food – Hyderabadi Biryani has been served to all the guests who visited our stall, which was widely appreciated by everyone.