Telugu Association of London (TAL) Christmas Celebrations 2019 were held in London on 7th December 2019 at Pilgrim’s Way Church, Eastham. TAL is celebrating Christmas for the last 11 years in London with participation of all Telugu Churches in and around London.

Celebrations did begin with a prayer message of the peace and the greatness of the Jesus and followed by Christmas carols. A team of young children have performed skit to depict the Christ’s birth and incidents followed by then as a natively play in “Telugu Language” which was applauded
by all audience. Throughout the event the music was supported by Davis and Praveen team. 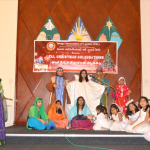 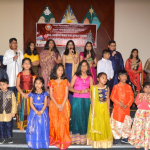 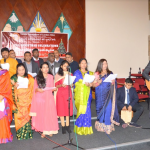 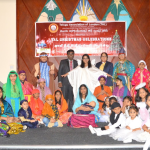 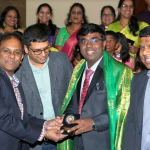 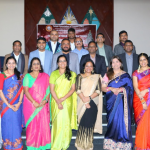 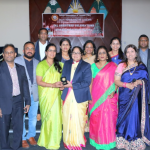 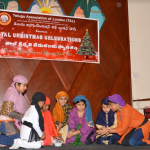 Pastor Salomi and Pastor Dominic have offered prayers and Special guest Pastor Joseph Prasanna Kumar delivered message of the Christmas and the life of Jesus Christ. The programme was presented by Sister Jemima Dara and Sister Padma and organised by Ravi Kumar Mocherla, Ratnakar Dara.

TAL Chairman Sridhar Somisetty and team has conveyed Christmas wishes to the community and praised the efforts of Ravi Mocherla, Ratnakar Dara , Mrs. Jemima Dara, Mrs. Padma and their team who planned and presented in extraordinary way.

More than 250 members of Telugu community in and around London have participated and experienced the magic of the season. A number of children dressed as Santa Clauses and surprised all the kids with gifts and all kids received participation certificates from Telugu Association Of London (TAL). These celebrations have been webcasted live over TAL Facebook, which several Telugu people around the globe watched. Event concluded with a special dinner.